Five Players to Watch Next Week

VERO BEACH – Five players who have competed in the main draw in either singles or doubles at the U.S. Open tennis championships highlight the field of players scheduled to play in the $15,000 Mardy Fish Children’s Foundation Tennis Championships to be held April 25-May 1 at The Boulevard Tennis Club.

John McNally of Cincinnati, Sekou Bangoura of Bradenton, Fla., and Martin Damm of Bradenton, Fla., all of whom have competed at the U.S. Open main draw in doubles, are among the leading entries into this entry-level professional tennis tournament that benefits the Mardy Fish Children’s Foundation, created by Vero Beach native son and 2004 Olympic silver medalist Mardy Fish. Collin Altamirano of Sacramento, Calif., who competed in singles at the U.S. Open in 2013 and 2018, and Ryan Shane of Falls Church, Va., who played in singles in the 2015 U.S. Open, are on the entry list to compete in the qualifying rounds of the event.

“It’s exciting to have players who have already competed on our country’s grandest stage, the U.S. Open in New York, play here in Vero Beach at The Boulevard in our tournament this year,” said Tom Fish, President Emeritus of the Mardy Fish Children’s Foundation and the father of Mardy Fish. “Every year, players who have competed in our event in Vero Beach have gone on to achieve great things around the world in tennis and this year will be no different. We are excited to host our enthusiastic, knowledgeable and appreciative fans whose patronage benefits such a great cause in our Mardy Fish Children’s Foundation, which benefits at-risk children in our community.”

McNally, a former standout at Ohio State University and the brother of WTA doubles standout Caty McNally, competed in the 2016 U.S. Open doubles tournament alongside J.J. Wolf, falling in the first round to Chris Guccione of Australia and Andre Sa of Brazil. Bangoura, who was also the singles and doubles runner-up in Vero Beach in 2019, played in the 2010 U.S. Open doubles tournament with Nathan Pasha, falling in the first round to Michael Kohlmann of Germany and Jarkko Nieminen of Finland. Damm, the son of 2006 U.S. doubles champion Martin Damm, Sr., advanced into the second round of the U.S. Open in doubles in 2019 alongside Toby Kodat, becoming the youngest men’s doubles team to win a U.S. Open match in the Open Era. They defeated Americans Mitchell Krueger and Tim Smyzcek in the first round before losing to French Open champions Kevin Krawietz and Andreas Mies of Germany.

Other leading Mardy Fish entries include several fan favorites from previous editions of the event including three-time Mardy Fish “wild card” event winner Matthew Segura of Apopka, Fla., the great nephew of tennis legend Pancho Segura, 2018 and 2021 Mardy Fish runner-up Ricardo Rodridugez of Venezuela and Liam Draxl of Canada, who was the No. 1 seed at the 2021 NCAA singles championship competing for the University of Kentucky and a semifinalist in Vero Beach in 2021.

After a two-year hiatus, daily tickets will once again be sold at the tournament and can be purchased for a 25 percent discount of $30 online at www.MardyFishChildrensFoundation.org. Tickets at the door will cost $40 per day. Reserved seating, season tickets and sponsorships are also available on the website or by contacting Mardy Fish Children’s Foundation Executive Director Lynn Southerly at LSouth1072@gmail.com Matches start at Noon daily and continue through a featured 7 pm evening session for the first five days of the event. Play on the final day of play on Sunday, May 1 is scheduled to start at 1 pm. The tournament is returning to its traditional late April date after being held in October the last two years due to the COVID-19 pandemic. All proceeds to the event benefit the Mardy Fish Children’s Foundation, that benefits at-risk youth in Indian River County. The Mardy Fish Children’s Foundation is a U.S. Tennis Association Pro Circuit event that is part of the International Tennis Federation World Tennis Tour. In addition to prize money, competitors compete for ATP Tour ranking points at this entry-level professional event.

Some of the past competitors at the USTA Vero Beach Futures have gone on to succeed at the highest levels of professional tennis, winning major singles and doubles titles, Olympic medals and Davis Cup championships and earning No. 1 world rankings. Andy Roddick, the 2003 U.S. Open champion who attained the world No. 1 ranking and helped the United States win the Davis Cup in 2007, competed in Vero Beach in 1999. Thomas Johansson of Sweden, who reached the second round of the Vero Beach Futures in 1995, won the Australian Open seven years later in 2002. Nicolas Massu, the 1998 singles runner-up in Vero Beach, won the singles and doubles gold medals at the 2004 Olympic Games in Athens, Greece, beating Fish in the gold medal singles match. Kyle Edmund, the 2013 champion in Vero Beach, helped Great Britain to the Davis Cup title in 2015. Other notable former competitors in Vero Beach include former world No. 2 Magnus Norman, former world No. 4 Tim Henman, 2016 Wimbledon finalist Milos Raonic and most recently new top 10 start Denis Shapovalov, who played in Vero Beach in 2016. Former Vero Beach competitors have combined to win 19 titles in singles, doubles and mixed doubles at Grand Slam tournaments. Eight former Vero Beach players have gone on to play Davis Cup for the United States – Roddick, Fish, Taylor Dent, Jared Palmer, Donald Young, Ryan Harrison, Frances Tiafoe and Tommy Paul. 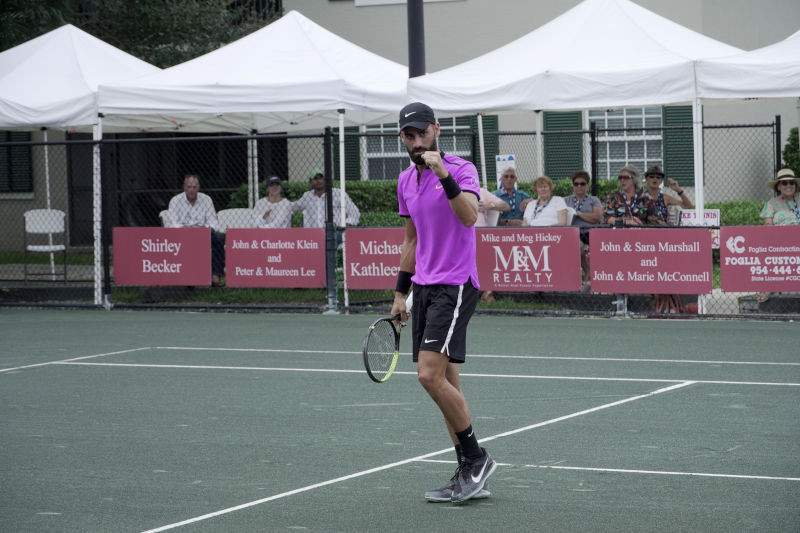 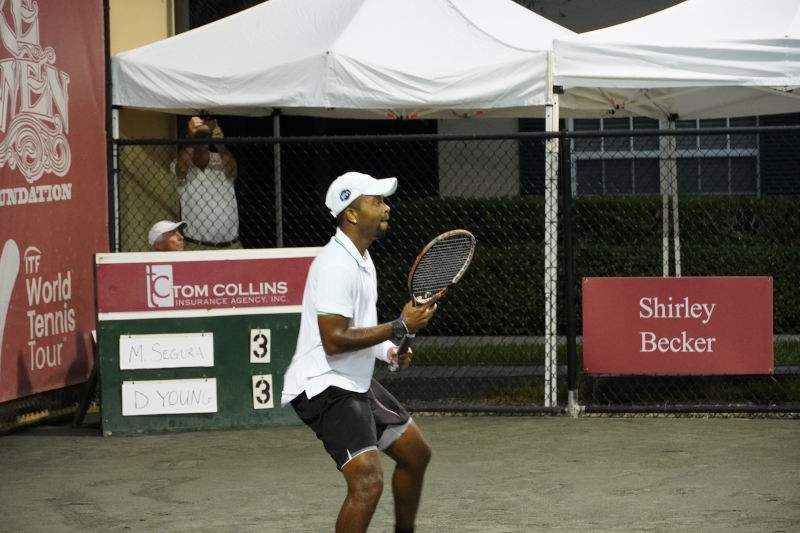 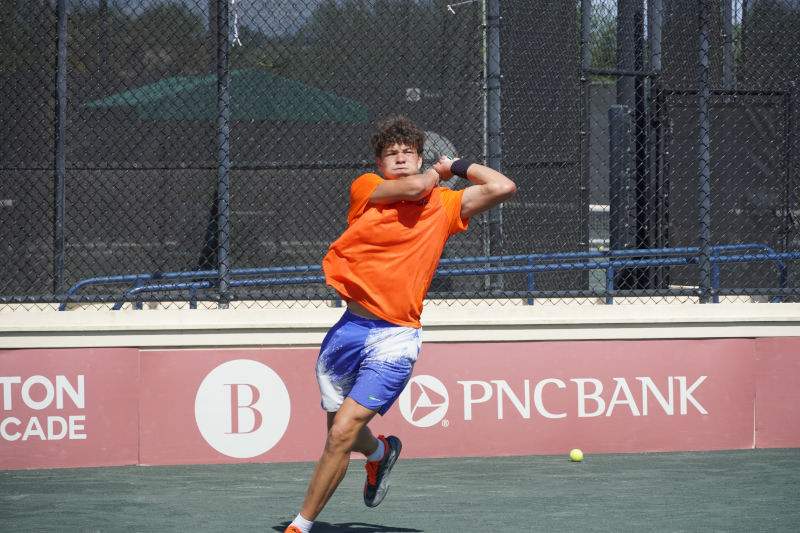